Foscarini High School is a European education institute established within Marco Foscarini National College and reunited to it in 1995 after 150 years. In 2007 Foscarini celebrated its 200 years of history nel 2007 and in 2011 reached the highest number of courses ever, seven. It was established in 1807 by Napoleon’s government as S. Caterina Classical High School, the eldest in Venice and one of the eldest in italy as well.

In 1851 the two schools were divided but in 1857, when Venice Republic was made part of Italian Kingdom, they were both entitled to Marco Foscarini, one the latest Republic Dukes.

In 1923, with Gentile’s Reform, Foscarini institute became a Classical/Humanities High school and was the first ever in Venice in1996 to get connected to the Internet with its own website, obtaining several prizes and acknowledgements along the years.

Two years later the European institute building was provided with an entire extra wing taken from the former S.Caterina’s Church, including 15 classrooms. The remaining part of the building still hosts Convitto, the Primary and the Secondary School, where the whole former S.Caterina’s Church was reopened in 2013 as workshop multifunctional classroom. The Institute counts now 107 teachers and 709 scholars who are displaced in 30 courses. 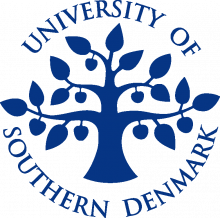